When history was made: the Women of 1916 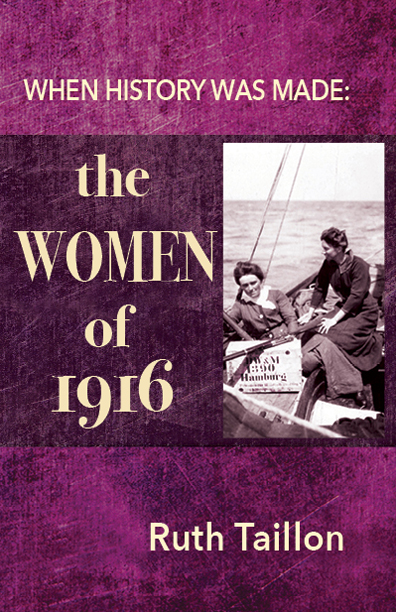 The Easter Rebellion of 1916 was a watershed in Irish history, setting in motion a chain of events which culminated in the foundation of the modern Irish state. In the century since the rising there many books were written on those events, but for many years the women of the revolution were forgotten.

Originally published in 1996, with a fascinating introduction by Bernadette McAliskey, Ruth Taillon’s ground-breaking study of the role played by Irish women in 1916 was the first book to address this issue, and Tara Press is proud to present a fresh new edition.

The Women of 1916  shows how women took part in virtually every aspect of the work before and during the insurrection and shared the sorrows and deprivations which followed. It names almost 200 women and gives – often in their own words – the details of their involvement in this historic event.  The 1916 rebellion was the crucible in which the Irish nationalist movement was formed and in which women played an essential part.  Author and historian Ruth Taillon brings them out of the footnotes of Irish history.